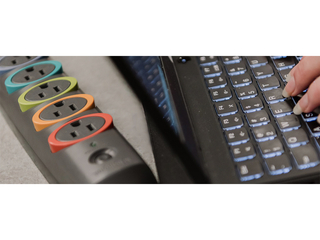 Over the weekend, the UMBC Cyber Dawgs took first place in the Mid-Atlantic Collegiate Cyber Defense Competition (MACCDC), which was held virtually. UMBC’s team was one of eight that participated in the competition, fighting to protect their networks efficiently and effectively from simulated cyber threats and attacks. The team topped Penn State; the University of Maryland, College Park; and University of Virginia, which won the national championship for the past two years.

UMBC’s Cyber Dawgs will move on to compete in the National Collegiate Cyber Defense Competition (NCCDC), May 22-23. Due to COVID-19, the competition will be held remotely this year.

These regional and national competitions attract leading collegiate cybersecurity teams from across the nation. They put teams in situations that mimic scenarios they might encounter working to secure and protect online systems for government agencies and companies. Throughout each challenge, teammates work together to protect their systems from hackers and cyber attacks while also keeping their networks accessible to the users relying on them.

“We are so proud of our team, and their ability to work together as a team under such extraordinary conditions,” says Nicholas.

This is the third time in six years that the Cyber Dawgs have won the MACCDC. The UMBC team won the national championship in 2017.