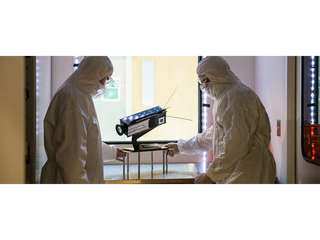 The most recent survey aggregates federal research and development expenditures for fiscal year 2018. The survey data combines total funding from all federal agencies and also provides information on research funding from non-federal and non-governmental sources.

A leader in studying Earth’s atmosphere

UMBC is now ranked #13 nationally in NASA funding and #27 in federal funding for geosciences, atmospheric sciences, and ocean research more broadly. Among the projects included in that funding was UMBC’s Hyper-Angular Rainbow Polarimeter (HARP) cubesat. 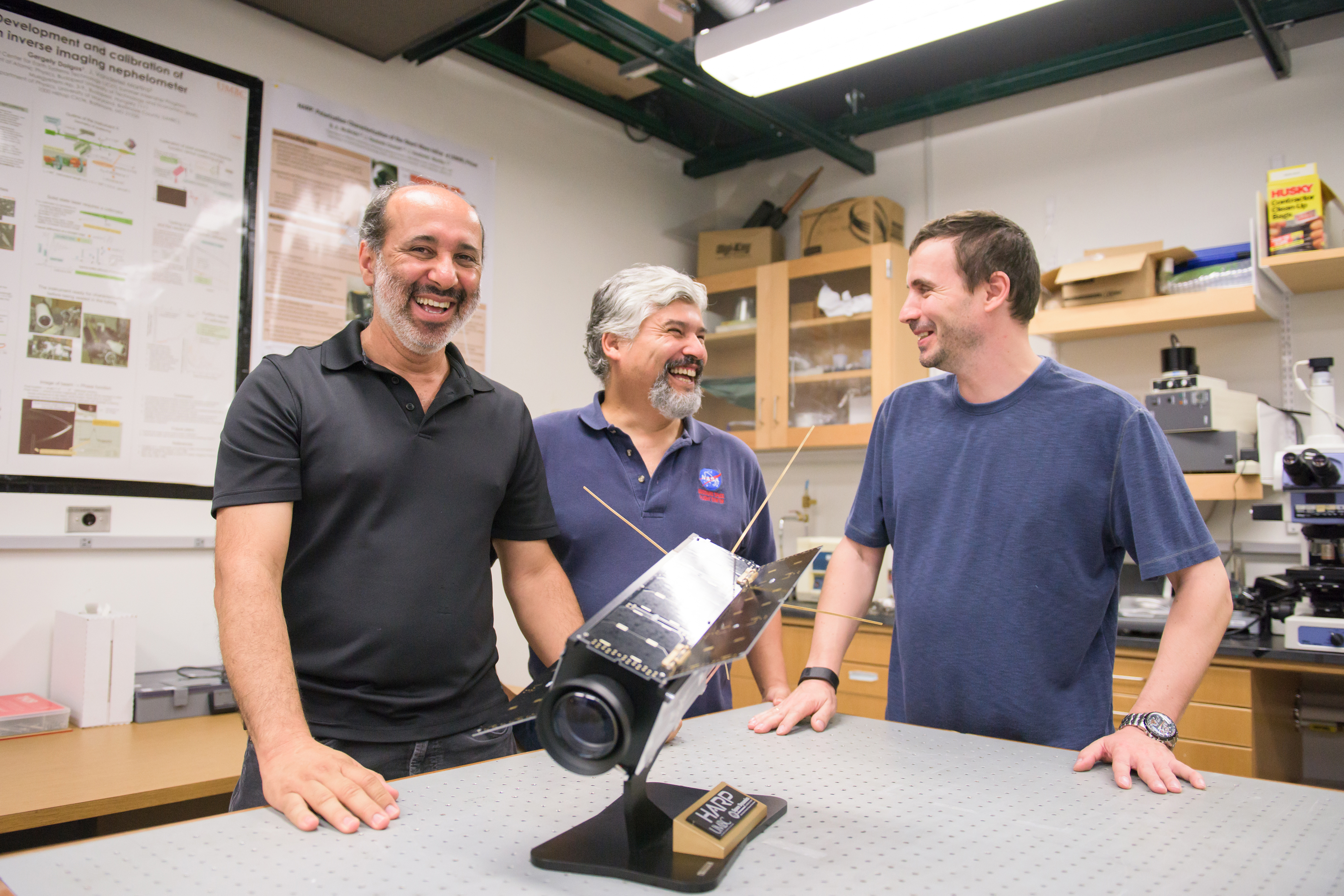 This small satellite, the size of a loaf of bread, was developed by a team of UMBC scientists, led by Vanderlei Martins, director of UMBC’s Earth and Space Institute. It was recently launched into space aboard a NASA rocket heading for the International Space Station. The satellite contains sensors that will collect information about Earth’s atmosphere, informing our understanding of pollution and climate.

In computer and information sciences, UMBC ranked #69 in federal research support. Among awards in this area was NSF support for UMBC to lead a new $3 million research partnership to solve major infrastructure challenges with next-generation computing hardware. 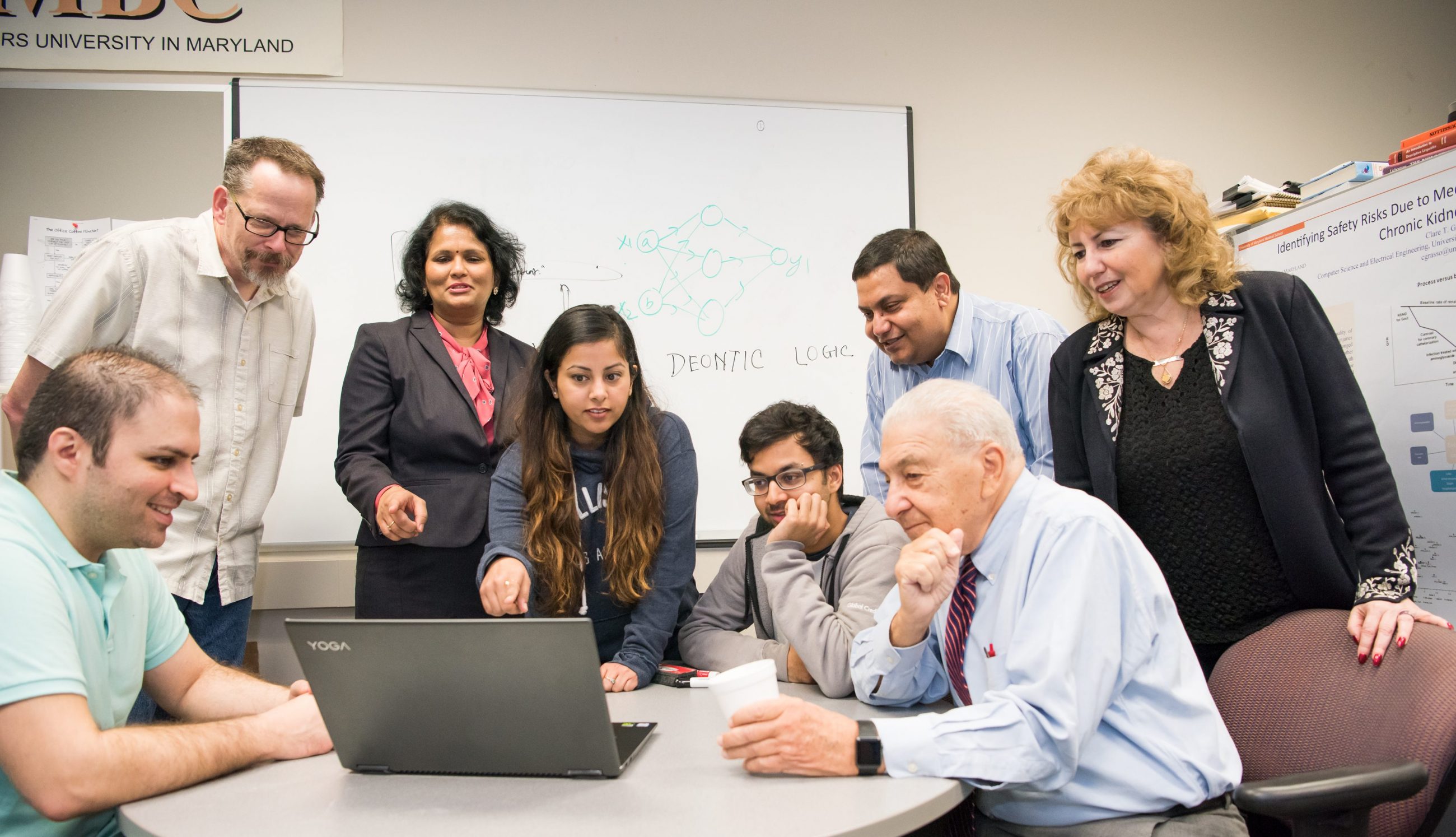 Yelena Yesha, left, alongside faculty and students who conduct research through CARTA. Photo by Marlayna Demond ’11 for UMBC. 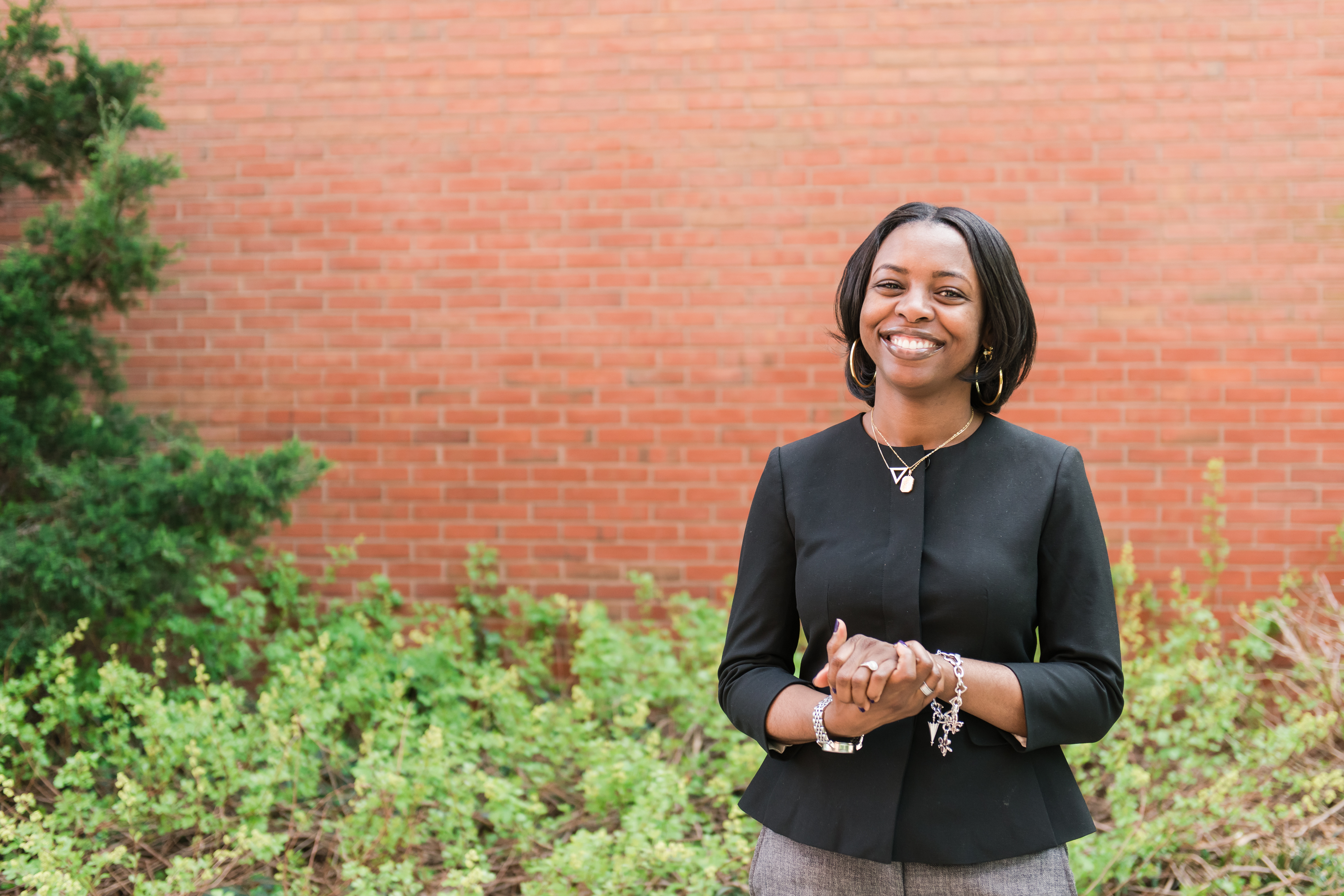 Beatty Moody is director of UMBC’s Social Determinants of Health Lab. In 2018 she was the PI on three NIH grants, funded through the National Institute of Aging. They all focused on the HANDLES study, which stands for Health Aging in Neighborhoods of Diversity across the Life Span. Beatty Moody’s team examined health disparities among middle-aged and older residents of Baltimore. This includes the relationship between factors like structural discrimination and early life experiences with cognitive decline and cardiometabolic measures.

“We are proud of the broad impact of our work, from the social sciences, to computing, to our close relationship with NASA Goddard,” says Steiner. “I am pleased with the continued efforts and growing success of our entire research community.”

Banner image: Research team of Vanderlei Martins, professor of physics, with a model of the HARP satellite. Photo by Marlayna Demond ’11 for UMBC