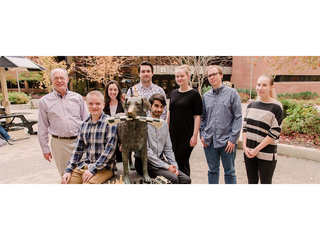 UMBC Chess has continued its strong performance with another high-ranking finish at the leading intercollegiate team championship competition in the Americas. The Retrievers placed ninth at the 2019 Pan-American Intercollegiate Team Chess Championship, held in Charlotte, North Carolina, December 27 – 30.

“While we didn’t quite make it into the Final Four, we are happy with our overall performance,” says Ringoir. He shared that the team enjoyed preparing for the competition by recently participating in a tournament closer to home, in Rockville, Maryland.

For the past 28 years, UMBC has participated in the Pan-American Intercollegiate Team Chess Championship, and has won or tied for first place at the Pan-Am Championship ten times. UMBC Chess has also continued on to the Final Four, known as the President’s Cup, six times in the past.