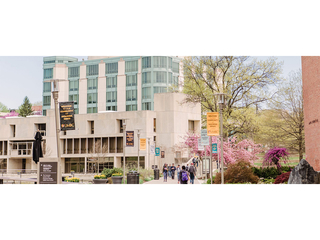 According to the recent QS World University Rankings 2020, UMBC is one of the top 500 universities in the world overall and among the best of the best in a key measure of faculty scholarship.

This new ranking recognizes UMBC as a state, national, and global leader in the area of citations per faculty member. In this category, UMBC is #48 globally, #17 overall in North America and #1 in the state of Maryland.

The World University Rankings list is produced annually by the British firm Quacquarelli Symonds (QS). It was initially developed through a collaboration with Times Higher Education. In recent years it has been recognized as one of the most widely-read global university rankings. 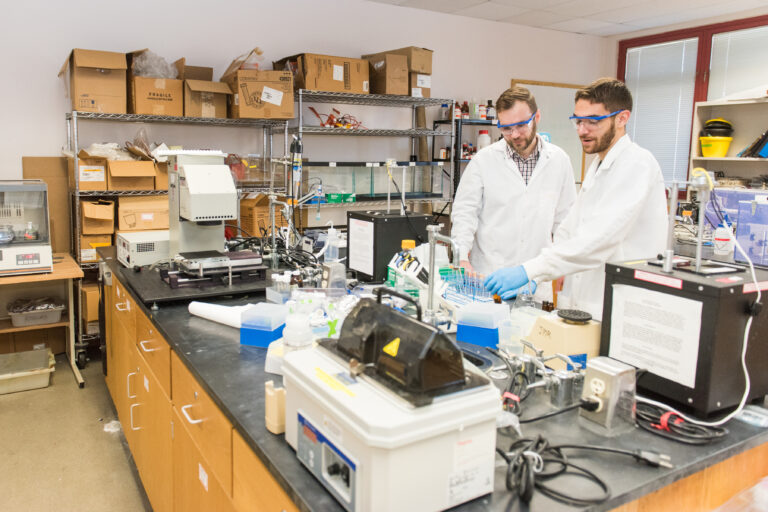 Lee Blaney, chemical, biochemical, and environmental engineering, works with a student in his lab.

“I share with our colleagues in the pride that their publications are so highly cited,” says Karl Steiner, vice president of research. “This is a welcome indicator that UMBC’s scholarly work is widely recognized and has a growing and long-lasting impact on the broader scientific community.”

In addition to the newly announced QS ranking, Times Higher Education has again recognized UMBC as one of the world’s top young universities as part of the Golden Age University Rankings.

This list highlights visionary institutions that have quickly risen to prominence on the world stage—over decades rather than centuries. It specifically includes institutions established 1945 – 1967.

“UMBC’s continued recognition as a Times Higher Ed Golden Age University is affirming, indeed. It speaks to what we, as members of this community, know and experience about UMBC on a daily basis—that this is a vibrant, dynamic, exciting and forward-moving place,” says Yvette Mozie-Ross ’88, vice provost for enrollment management.

UMBC is one of only 17 North American institutions to appear on the list this year, and the only school represented from the state of Maryland.

Banner image: UMBC campus in the spring. All photos by Marlayna Demond ’11 for UMBC.