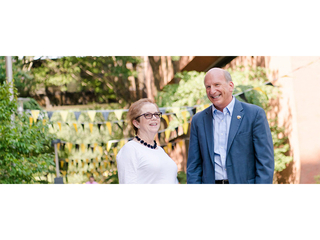 Lynne Schaefer and Jack Suess are known across UMBC for their essential roles in shaping and sustaining the university’s strong and steady growth over the years. As UMBC’s vice president for finance and administration (Schaefer) and vice president of information technology/CIO (Suess), they have worked on major projects, from creating UMBC’s data warehouse to developing shared service centers to overseeing campus sustainability and information security initiatives. They also have deep personal ties to UMBC—Schaefer as a UMBC parent and Suess as an alumnus (’81, mathematics, M.S. ’94, information systems).

But the impact that they have had over decades of combined service has reached far beyond the university. Both Schaefer and Suess are currently leading the boards of directors of national higher education organizations, bringing what Suess calls “UMBC’s collaborative style” along with them. 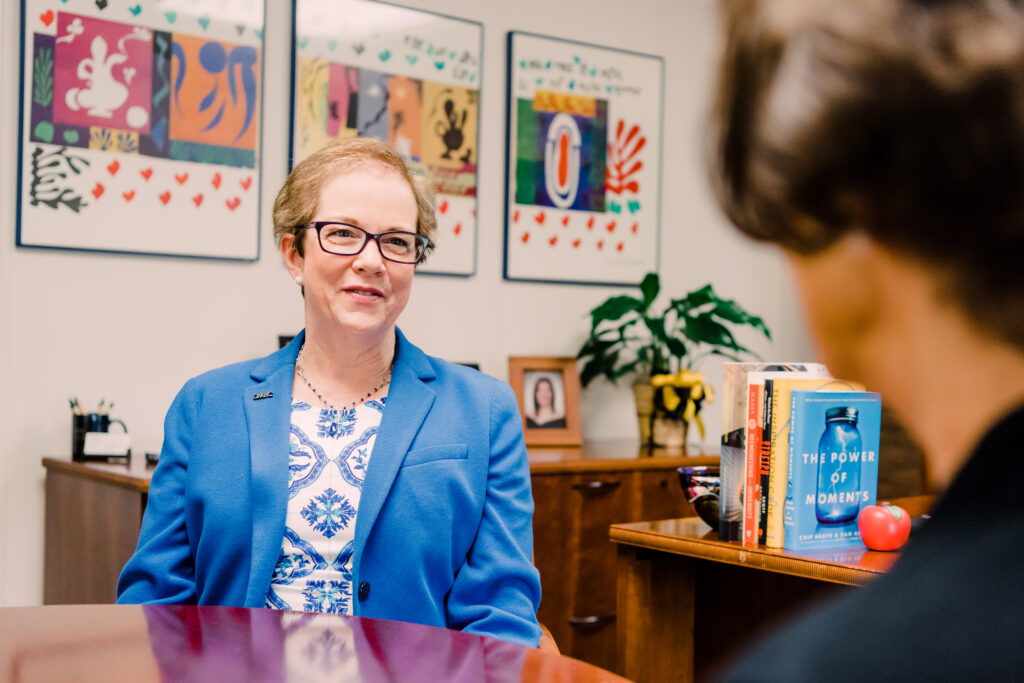 Lynne Schaefer in her office at UMBC.

Schaefer has served on the National Association of College and University Business Officers’ (NACUBO) Board of Directors for five years and became its chair on August 1, 2018. Looking for a way to share her extensive financial management and administrative experience beyond UMBC, Schaefer initially joined the Eastern Association of College and University Business Officers (EACUBO) in 2008. She served in a series of leadership positions culminating with a term as chair of the board of directors, 2016 – 2017, before moving on to her new position as chair of that group’s national partner organization, NACUBO. 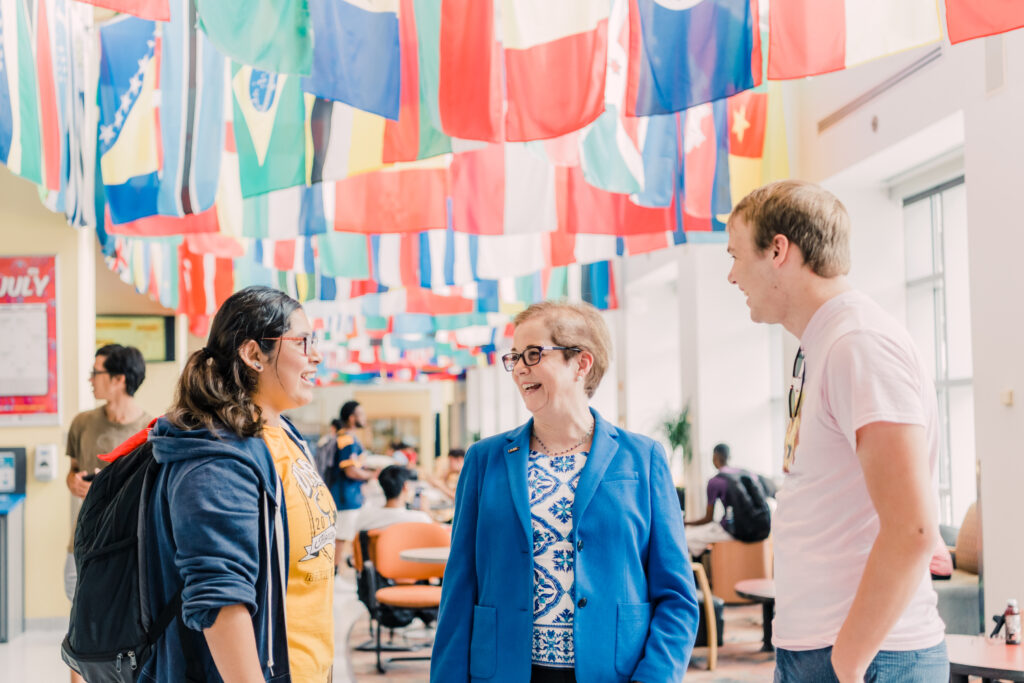 Lynne Schaefer (center) with UMBC students in the Commons.

In addition to her desire to give back to her field through national-level service, Schaefer also sees her leadership of NACUBO as an opportunity to learn from colleagues at other universities. In this way, she’s discovered “unique, innovative practices that can help UMBC solve problems and move us forward,” in areas such as multi-year financial forecasting.

Suess has been a member of EDUCAUSE’s Board of Directors since 2014, and will complete his current term as its chair in November 2018. He got involved in EDUCAUSE’s predecessor organizations, CAUSE and Educom, more than two decades ago, when a UMBC colleague suggested he present at a conference; those groups merged to form EDUCAUSE in 1998. 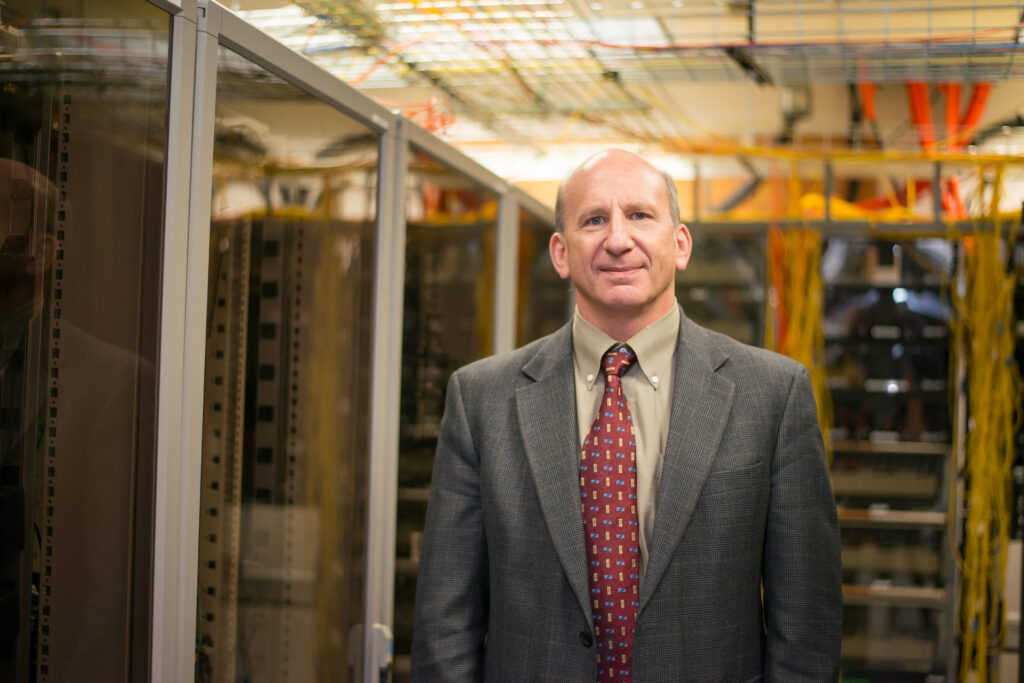 Suess sees his tenure as EDUCAUSE chair as “a culmination of a long history within the higher education IT community” and a way to “help others who have helped me.” He also enjoys and values learning from colleagues in the national higher education community, saying “it’s about being exposed to a richer set of ideas, thinking, and practices.” 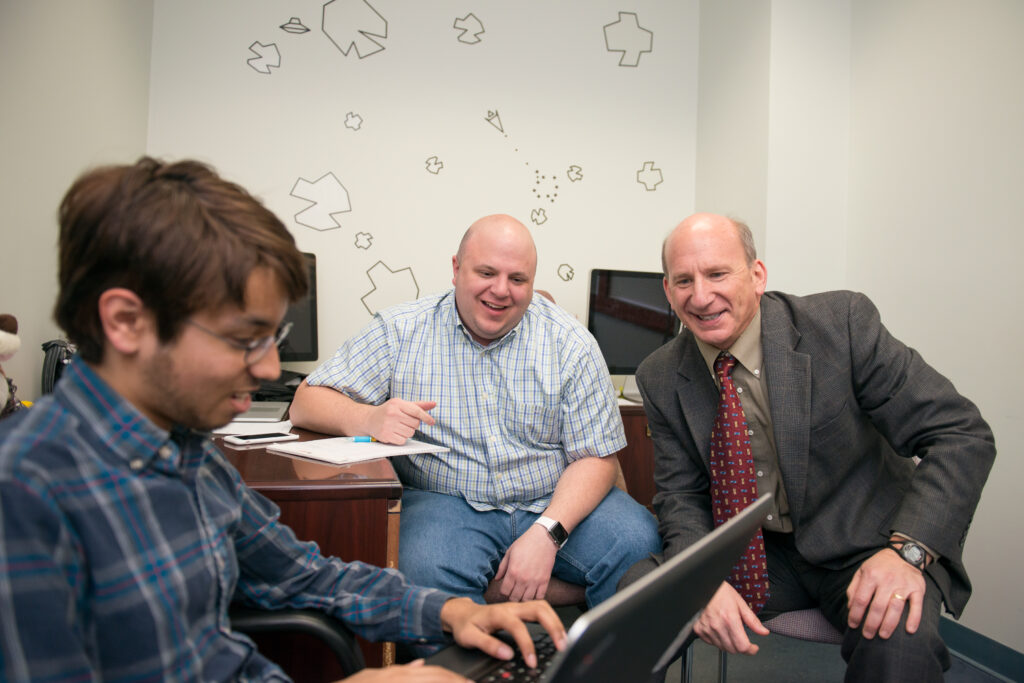 Jack Suess (right) with members of his Division of Information Technology (DoIT) team.

Schaefer and Suess are taking their collaborative spirit on the road at EACUBO’s annual meeting, taking place in Buffalo, NY, October 21 – 24, 2018. EACUBO and EDUCAUSE collaborated to organize a half-day program called “Technology Transforming Higher Education,” during which Suess will participate in a panel discussion on data privacy. Elsewhere during the meeting, Schaefer will participate in panel discussions about advocating for the value of higher education and about developing and supporting women leaders.

Because of their positive experiences with national organizations, both administrators encourage their teams and their colleagues university-wide to take advantage of leadership, educational, and networking opportunities.

“Lynne and Jack are innovative leaders who have achieved breakthroughs at UMBC that are models for the national higher education community,” says UMBC President Freeman Hrabowski. “Through their collaborative efforts, they are advancing UMBC’s reputation as a national leader – both academically and administratively.”

This story was written by Mary Ann Richmond ’93, history.