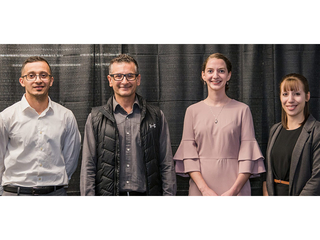 The Cangialosi Business Innovation Competition is for undergraduate and graduate students who are serious about starting a business, explains Vivian Armor ’73, American studies, director of the Alex. Brown Center for Entrepreneurship at UMBC. Throughout the course of the competition, each team is paired with an industry mentor who provides guidance and professional advice ahead of a final Shark Tank-style event. The structure of the event and its focus on mentorship are inspired by the vision of entrepreneur Greg Cangialosi ‘96, English, reflecting on his own undergraduate days at UMBC and what he has learned in the years since then about moving from an idea to a successful company.

Miranda Marvel, Ph.D. ‘19, marine estuarine environmental sciences, shared SensorFish, which took third place in the competition. She explained how fish mortality due to stress is a common problem that fish owners face. SensorFish are special type of zebrafish bred to change color based on common stressors that fish commonly encounter, such as poor water quality or particular illnesses. Because the fish change color immediately when they are experiencing a problem in the tank, their owners can more quickly work to fix the problem, keeping the fish healthy. 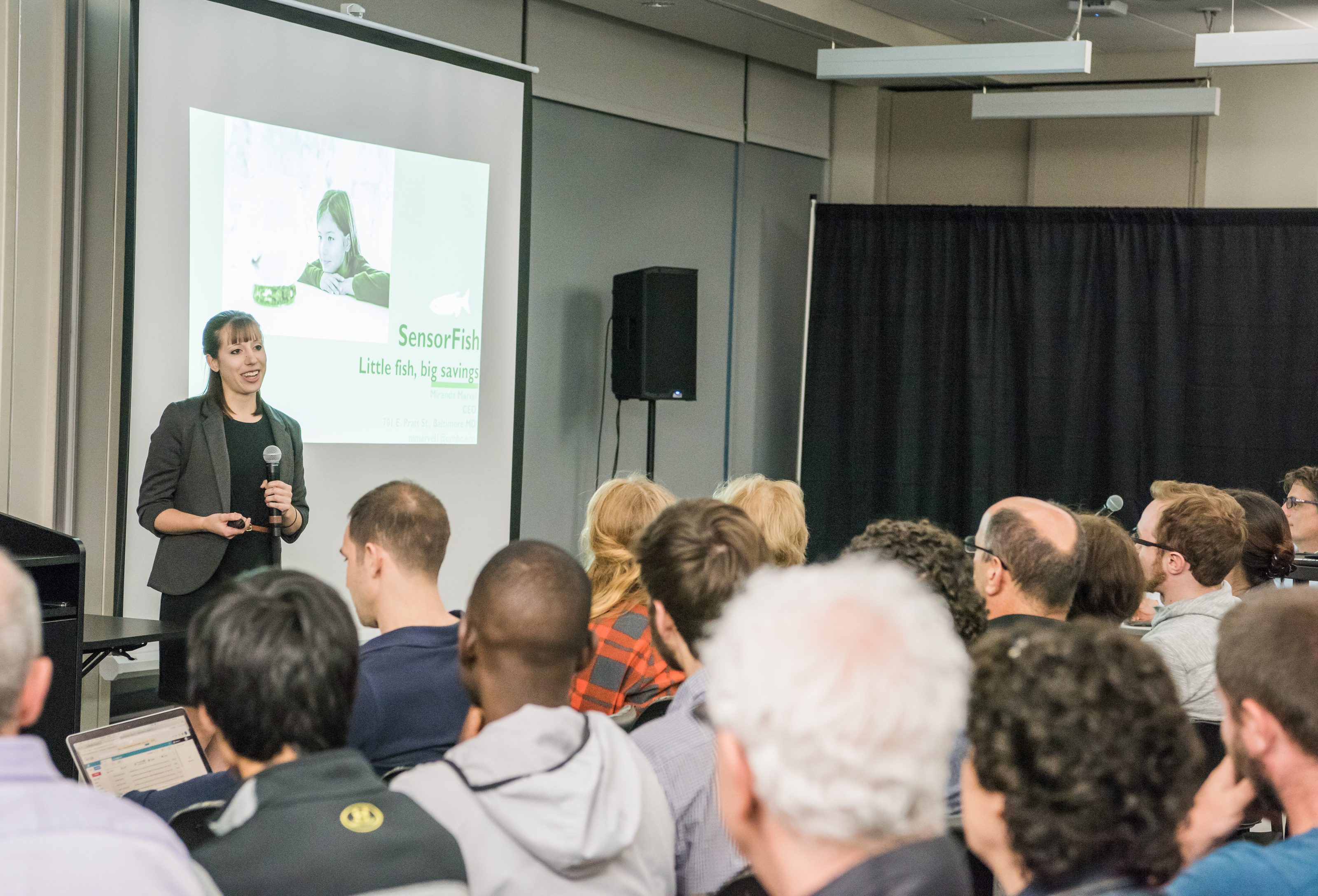 Second place was awarded to Matrix Cast, an idea presented by Flo De Sande ‘18, mechanical engineering. Matrix Cast is a plastic cast that is produced using a 3D printer, and can be altered to fit all arm shapes and sizes. De Sande explained that Matrix Cast offers a low-cost cast option for physicians working in remote or low-resource locations, such as communities served through Doctors Without Borders or military installations in conflict zones. The cast is a “pressure vessel” type design, which, while made from plastic, is very sturdy, explained De Sande during her business pitch. 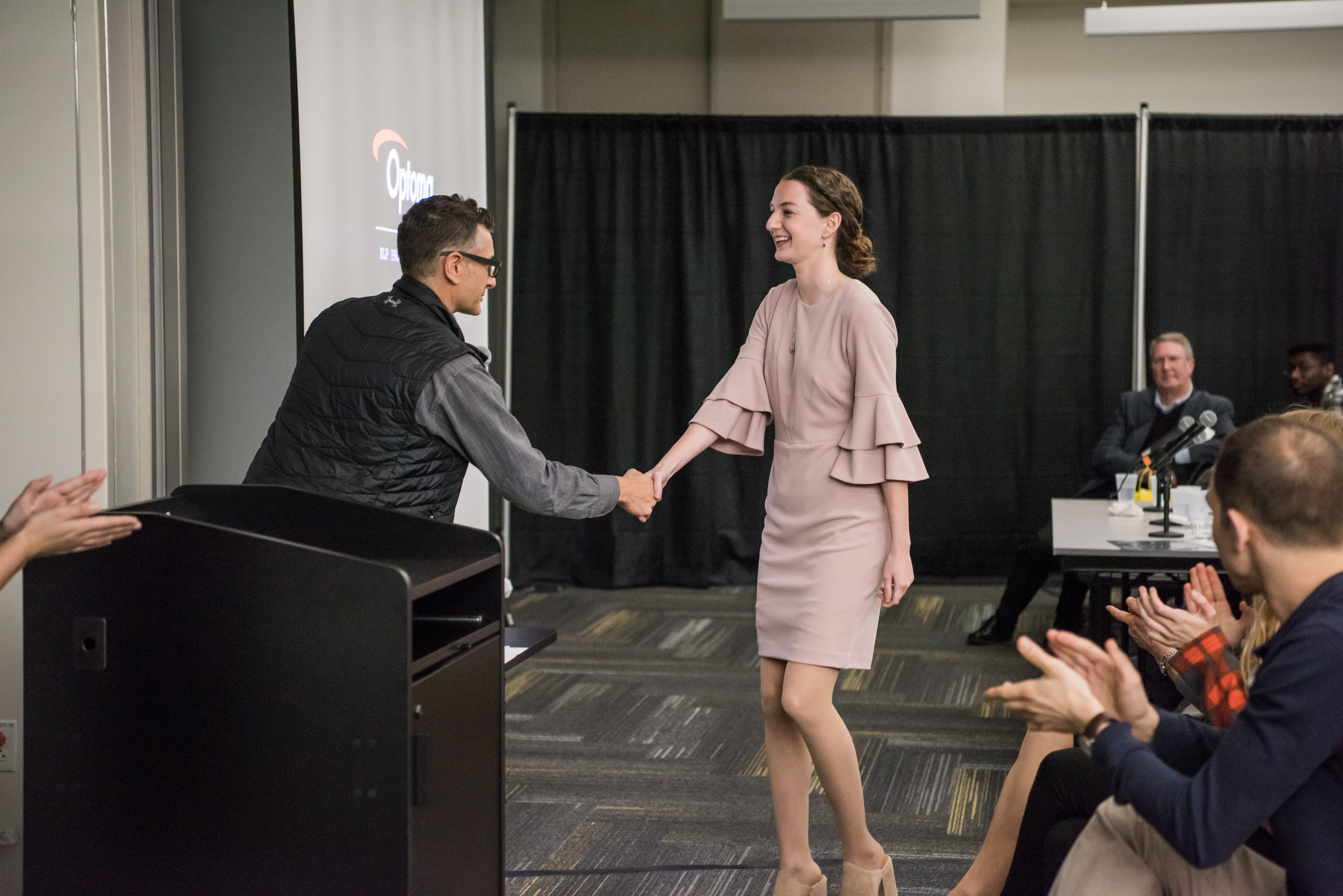 Flo De Sande was recognized with second place in the 2018 competition.

GermoSense, a rapid sepsis-detection test developed by Mustafa Al-Adhami, M.S. ‘15, mechanical engineering, Ph.D. ‘19, mechanical engineering, received first place in the competition. Sepsis is a life-threatening blood infection that, if not treated promptly, can lead to serious complications and even death in mere days. Currently, the test that medical professionals rely on to diagnose sepsis can take several days to yield results. Because of this challenge, physicians often start patients who they suspect have sepsis on broadband antibiotics, which can help if the patient has sepsis but might be unnecessary and ineffective for people facing other medical conditions that are presenting similarly to sepsis.

Al-Adhami explained that GermoSense is able to determine whether a patient has sepsis within one hour, which can lead to shorter hospital stays, help prevent antibiotic resistance by avoiding unnecessary antibiotic use, and reduce medical costs. GermoSense costs approximately $100 to use, compared to comparable tests that can cost $170 or more. At last year’s CBIC, Al-Adhami presented GermoSense, then at an earlier stage of development, and took third place in the competition. 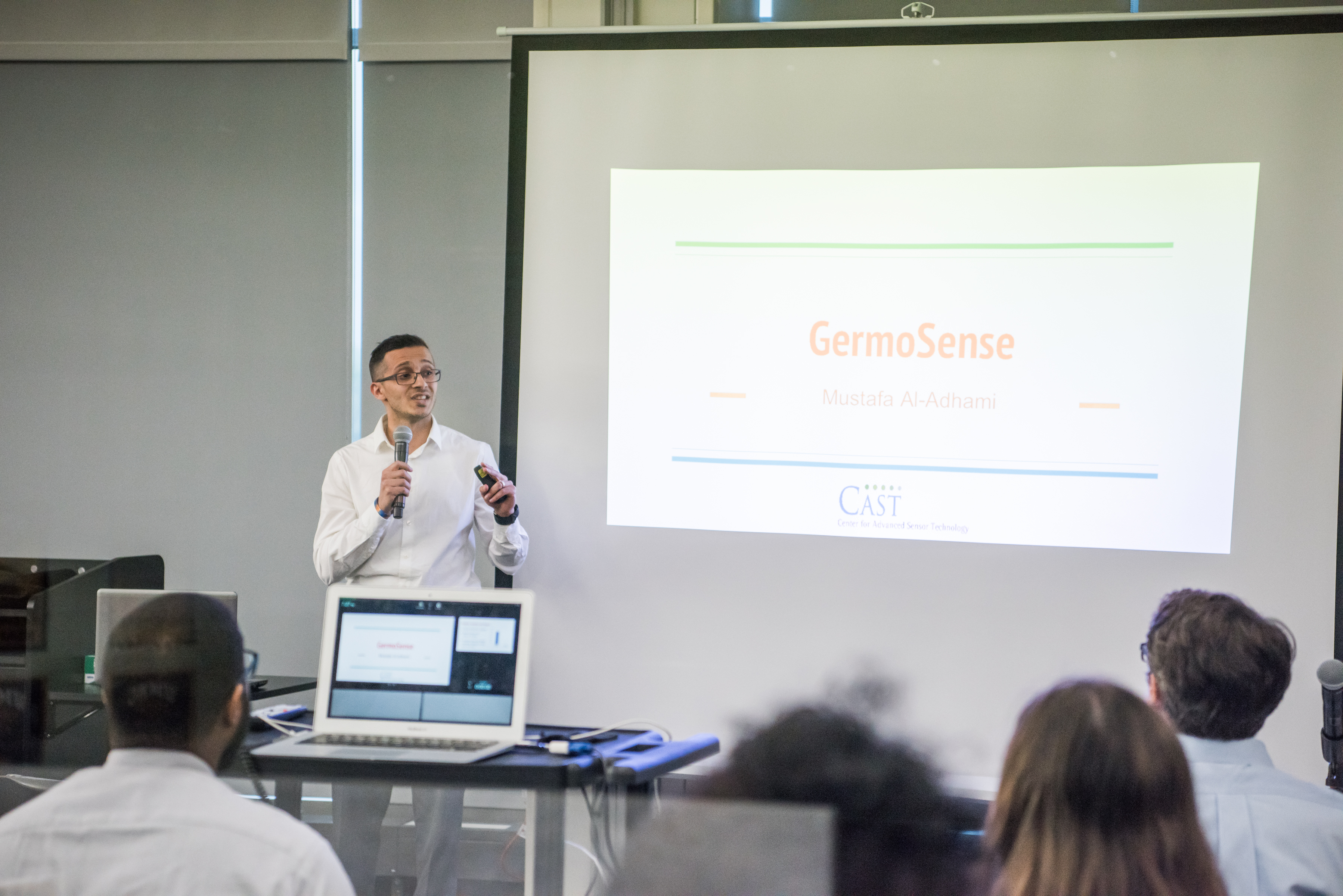 For Cangialosi, the event was not just about identifying top projects, but, more broadly, about helping young entrepreneurs move toward success one step at a time. Taking in the creativity and energy of the event, he reflected, “This room is filled with dreams and entrepreneurial spirit.”