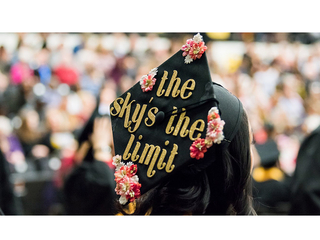 “Savor this moment.” That was the charge from President Freeman Hrabowski as he addressed more than 1,200 graduating students during the 2017 Winter Undergraduate and Graduate Commencement  Ceremonies on December 20 and 21, 2017. Family members, friends, faculty, and staff packed the Retriever Activity Center to celebrate the accomplishments of UMBC’s newest class of alumni.

President Hrabowski opened Undergraduate Commencement by emphasizing, “Life is about more than helping self. It is about using your talents to help the world,” setting the tone for students to live purposeful and impactful lives. He underlined this point by pointing to the many students who have served in the military, or who are planning to work as teachers and social workers. 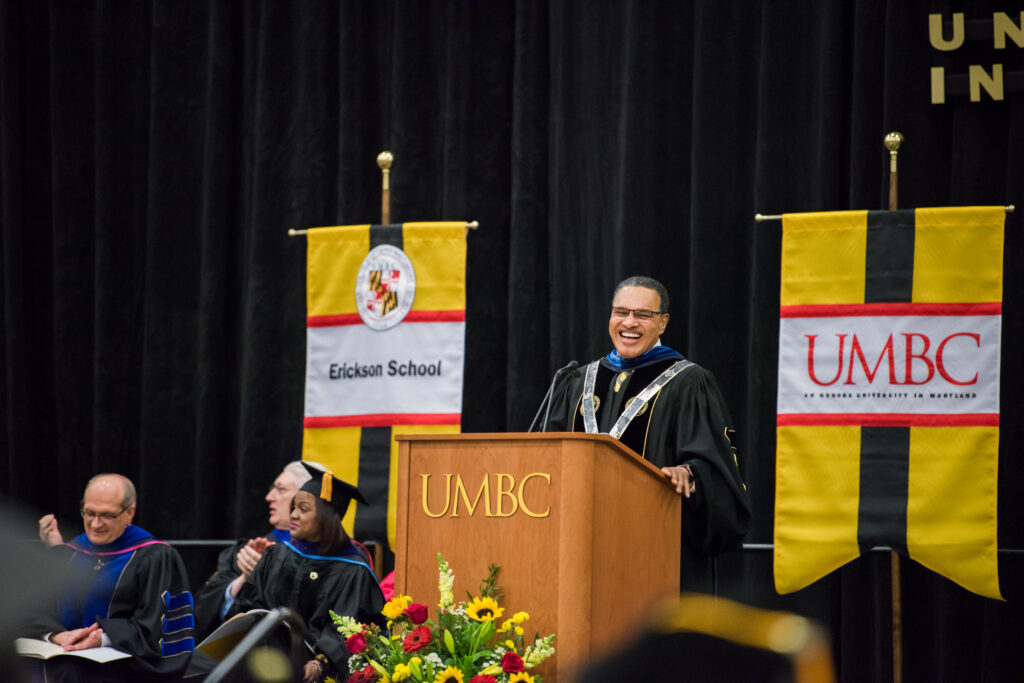 The December 20 graduate ceremony honored a combined 170 new master’s and Ph.D. recipients. The undergraduate ceremony recognized over 1,000 new bachelor’s degree recipients, including more than 800 earning their degrees in December and over 200 who completed their programs in the summer.

In addition to remarks by President Hrabowski, Provost Philip Rous and Graduate School Dean Janet Rutledge also shared their sentiments with the class of 2017. “Whatever career pathway you choose, you represent the very best of the future. You have embarked on one of the most important journeys of your lives and we are all very, very proud of you,” said Rutledge. 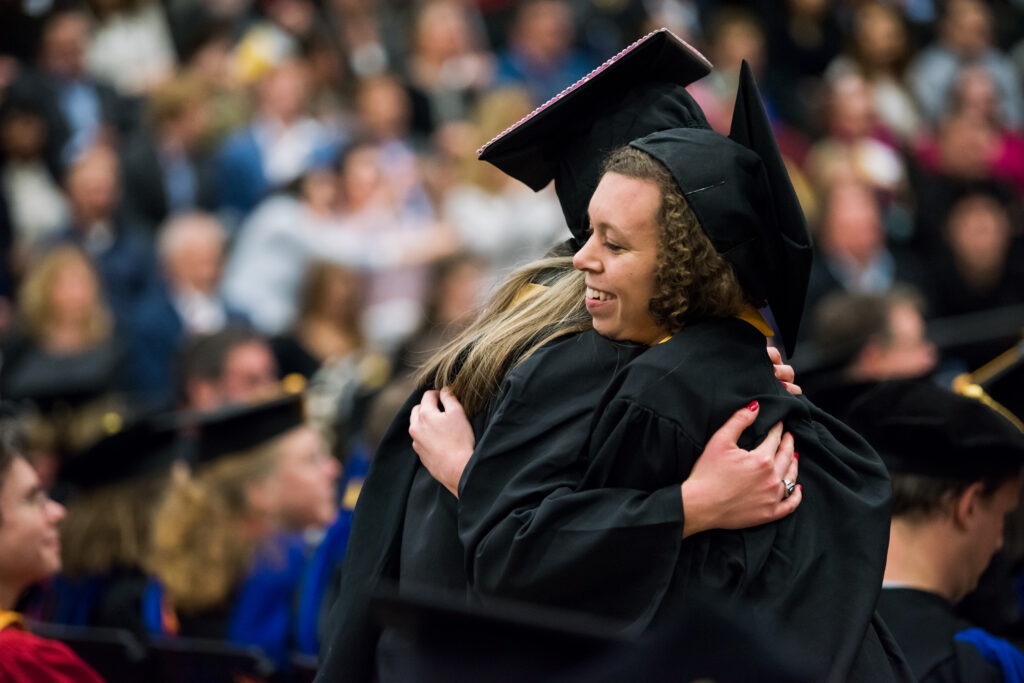 President of the Graduate Student Association, Roy Prouty M.S. ’16, atmospheric physics, recognized the accomplishments of his peers but acknowledged the work isn’t over yet.

“For all of you, today is a day where you can just sit back and breathe. But not for too long; there’s work to be done,” said Prouty. “I task you with this – communicate, advocate, and enrich. Do your best to convey the impact of your work. Spark interest in others. Advocate for your work and for your passions. And above all, and to the best of your ability, aim to enrich the lives and experiences of those around you.”

Along with UMBC faculty and staff, representatives from the University System of Maryland Board of Regents and the UMBC Alumni Association offered their support at both ceremonies. 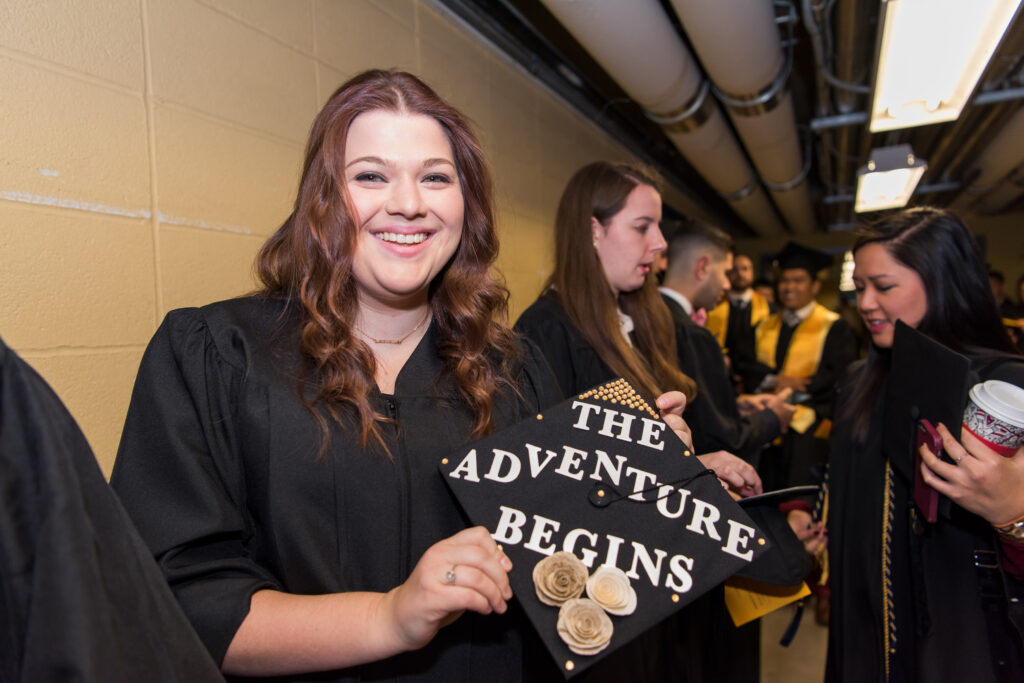 Students get creative with their caps during Winter Commencement.

December’s Commencement exercises were the last in the Retriever Activity Center. Beginning in 2018, spring and winter Commencement will move to UMBC’s new Event Center. This 172,000-square-foot multi-purpose facility will allow UMBC to move spring Commencement away from Royal Farms Arena and back to campus for the first time in two decades. 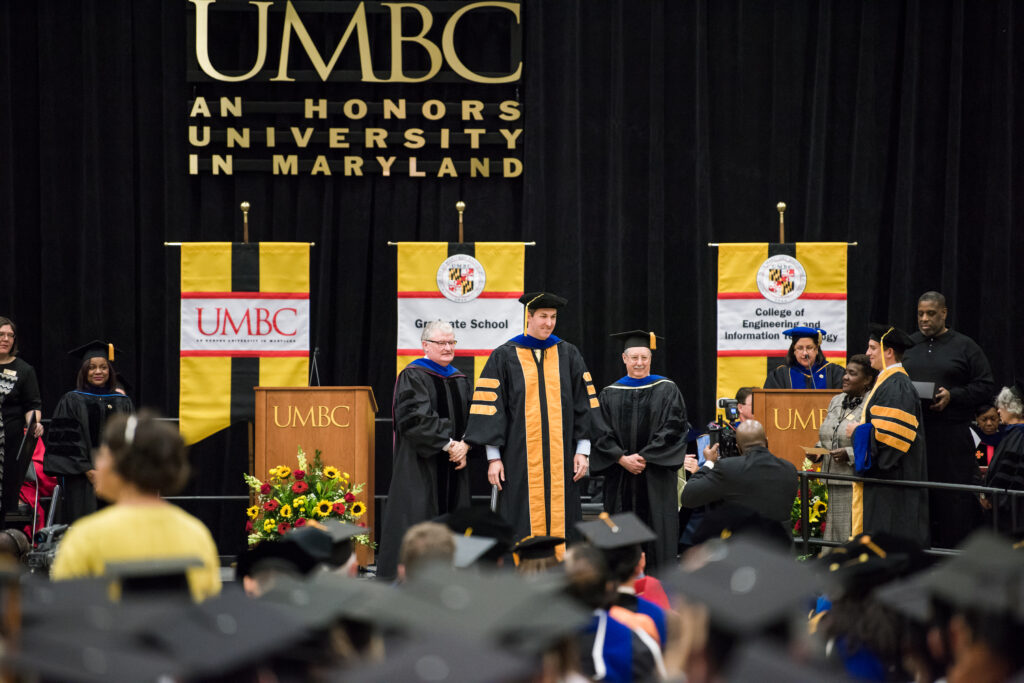 Much in the way that UMBC’s campus continues to grow, Provost Rous called on the class of 2017 to continue evolving to shape the future.

“You will join the tradition of UMBC alumni who through their life’s work continue to advance our understanding of our own humanity, our democracy, the natural world that surrounds us and, most importantly, make a difference in the lives of others,” said Rous.

Addressing the undergraduate students before turning their tassels for the first time, President Hrabowski encouraged students to “be true to yourselves, and be true in your relationships. Always work to elevate others even when times are challenging.” 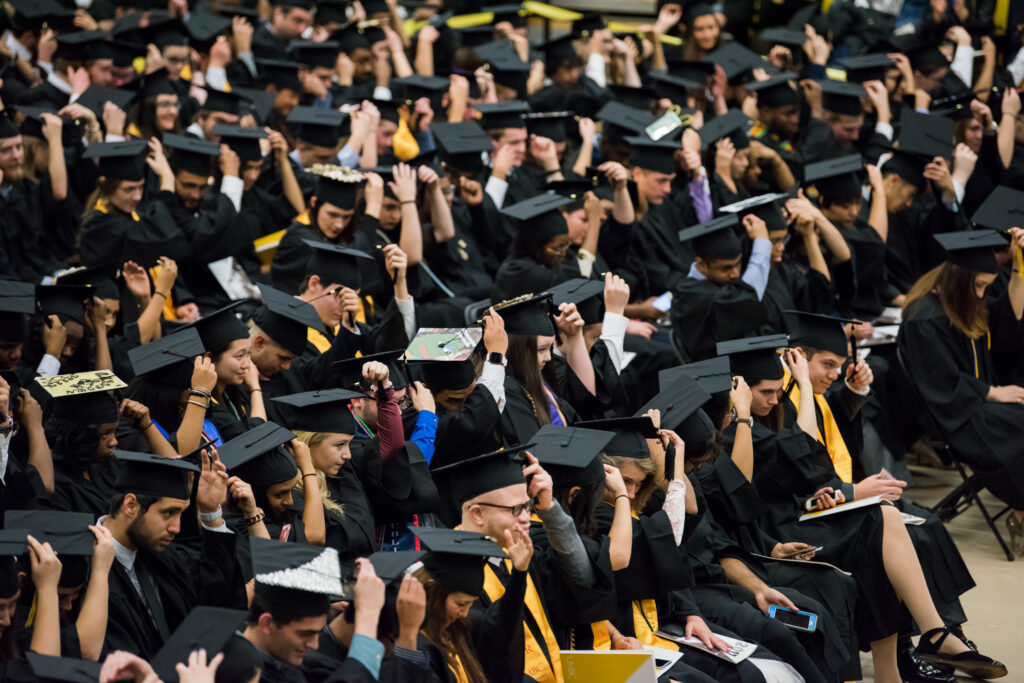 The undergraduate class of 2017 turns their tassels during Winter Commencement.

As has been tradition, President Hrabowski closed both ceremonies echoing the words of UMBC’s first president, Albin O. Kuhn.

“If you bring to the future the same personal qualities and personal commitment you have brought to this campus as students, good and important things will happen to each of you, as well as to those around you … and the university community will be proud to have played a part in your life.” 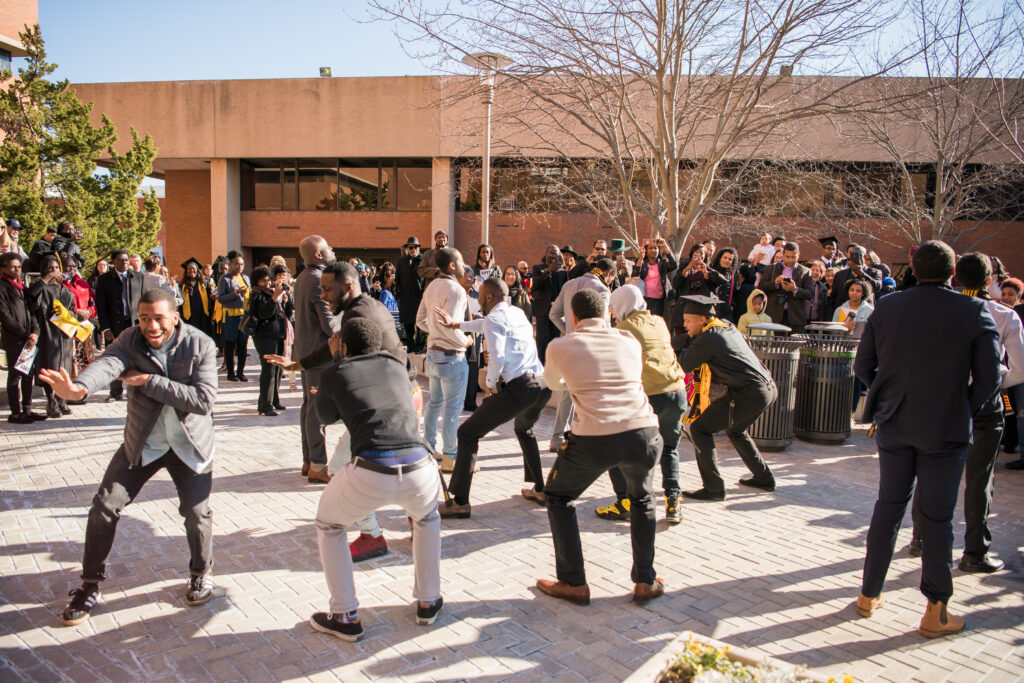 Videos of both ceremonies will be available soon on the UMBC Commencement website. The ceremonies were also covered live via Twitter (@UMBC), Instagram (@UMBClife), and Snapchat (@UMBClife), with students and families sharing their own memories through #UMBC and #UMBCgrad.

Photos by Marlayna Demond ’11 for UMBC.